The Last One Standing: The Tale of Bersham Colliery

Thirty years ago on December 18th 1986 the last coal to be mined at Bersham Colliery was wound to the surface. With that last tub over a hundred years of history at the colliery came to an end.

Wrexham Museum and the North Wales Miners Association Trust have come together to mark this anniversary and stage a special exhibition to tell the story of the ‘friendly pit’. The title highlights the fact that out of the many pits that once existed in the Denbighshire coalfield, the headgear that towers above the No.2 shaft at the Bersham Colliery site is the last one standing.

The exhibition, The Last One Standing: The Tale of Bersham Colliery, reveals some of the dramatic events in the pit’s story – the 1880 explosion, the 1935 strike, ‘riot’ and subsequent trials, and the 1984–85 strike.  The exhibition also provides an opportunity for visitors to see some of the memorabilia and equipment from the colliery that was saved by the former workforce and the miner’s agent, Ted McKay, such as:

Many of the items have never been on show before.

The exhibition includes a mini-mine experience for children. Adults won’t fit although it is not much lower than some of the seams at Bersham Colliery. There is also a chance for children to dress up as a miner and the Handling Trolley ‘Troli Teimlo’ offers the chance for younger visitors to wear a real miners’ donkey jacket and carry a miner’s lamp. An ideal photo opportunity for any child whose grand-father or great-grandfather (or further back) worked down the pit!

Wrexham County Borough Council would like to acknowledge the support of the following people and organisations:

This exhibition is dedicated to all those who lost their lives or suffered life-changing injuries while working at Bersham Colliery. 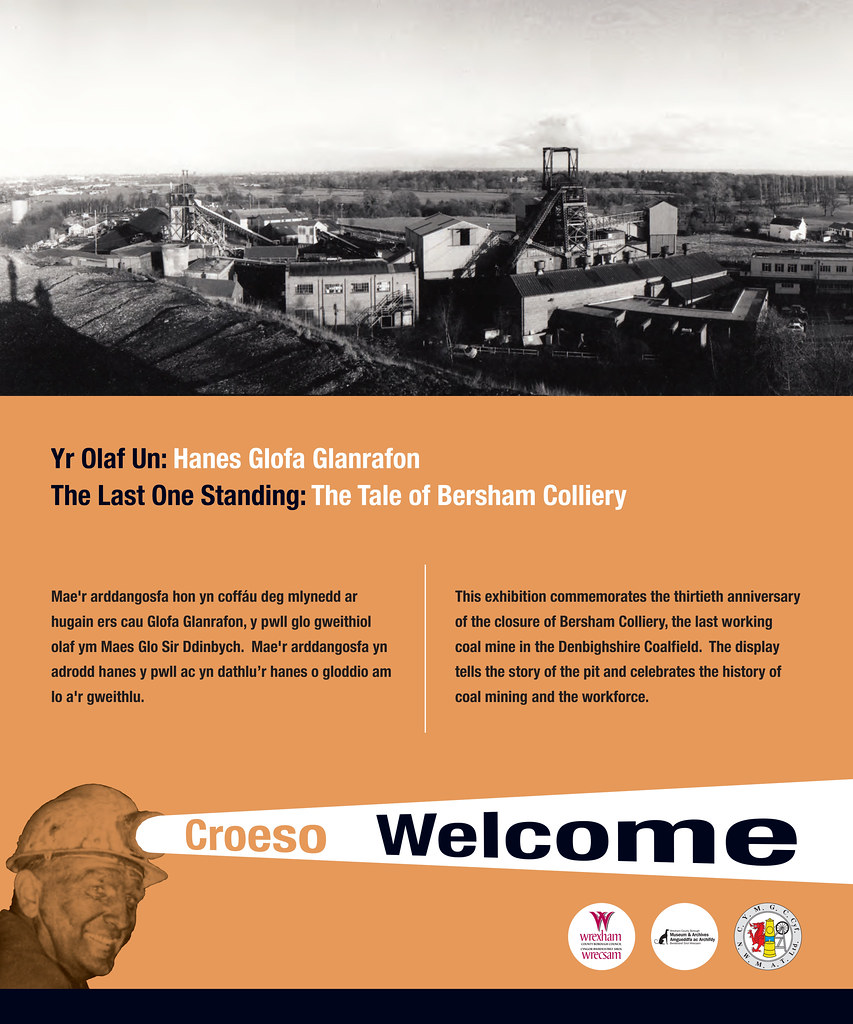 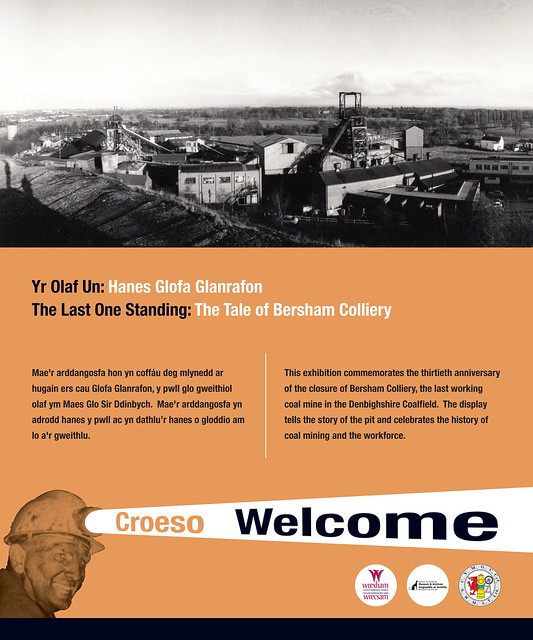