History of the Museum

From Quartermasters to Curators - The Museum has played many roles in the story of Wrexham.

The museum has towers like a castle because it was originally built in 1857 as a barracks for the local Royal Denbighshire Militia. The Militia's job was as much to control local people as fight foreign campaigns so the barracks were built close to the town centre.

The area around the barracks was very different to now: St Mark's Church stood on the site of the multi-storey carpark, Island Green was undeveloped save for the brewery, King Street was private houses and Sion and Bryn-y-ffynnon chapels lined the way into the heart of Wrexham.

Upstairs was the armoury and store room. Life in the town however calmed down compared to the revolutionary atmosphere of first half of the 19th Century so that the planned metal shutters for the armoury windows were never installed.

In 1877 the soldiers moved out and in 1879 the building became the town's Magistrates' Court. By 1895, there were two courtrooms upstairs, the Magistrates used the wide stone staircase and new stairwells were built for the public. The local police, the Denbighshire Constabulary took over the rest of the building. There was living accommodation for the Inspector, the Superintendant, the Bridewell Sergeant, the Constable and four unmarried Constables. Downstairs in what are now galleries were cells for the drunk and disorderly. The Main Gallery was then an open courtyard. Gradually the police chose to live out until only The Bridewell Sergeant lived in the building. He moved out in 1960. The police moved out permanently in the 1970s. You can still see the signs for the Court rooms on the outside of the building. People were charged in what are now the visitor toilets and you can research your family tree in the old Police Station canteen.

During the Second World War the ARPs based themselves at the back of the building. The air raid siren is still in its original wartime location on the western side of the building and it still works.

There's plenty of history in Wrexham and the Borderlands

You can come face to face with Wrexham’s earliest known resident at the Museum - ‘Brymbo Man’ lived near Wrexham during the Early Bronze Age, more than 3,500 years ago. Brymbo Man was found by chance in 1958 by local builders. The grave was initially moved wholesale to Cardiff but came back to Wrexham in 1998. In 2001 with help from CMW, the Museum asked Dr Caroline Wilkinson, of Manchester University and BBC's Meet the Ancestors, to facially reconstruct Brymbo Man's face from his skull. You'll be amazed at how much we have found out about Brymbo Man's life and death… and perhaps you might be the person who can spot some family resemblance.

The Romans had a settlement at Plas Coch (now the site of Sainsbury's) and tiles for the XXth Legion's barracks at Chester were made in Holt. The Museum has some Holt material in its collection, but the majority of finds from the early 20th Century excavations are on display in National Museum of Wales in Cathays Park, Cardiff. Plas Coch was only discovered by chance so perhaps there are other Roman settlements around Wrexham waiting to be discovered…

Wrexham played a key role in the early development of football in Wales and is still the game’s spiritual home.

The first Wales football team was organised and captained by Llewlyn Kenrick from Ruabon (just south of Wrexham). The Football Association of Wales was formed at Wrexham's Wynnstay Arms Hotel. The first Wales home international took place at the Racecourse Ground (home of Wrexham FC and five minutes walk from the Museum). The first final of the Welsh Cup took place at Acton Park and Chirk, a twenty minutes drive south of Wrexham was the birthplace of Billy Meredith, one of Wales' greatest ever players.

You can learn more about ‘The Beautiful Game’ at the Museum, which holds the Welsh Football Collection. 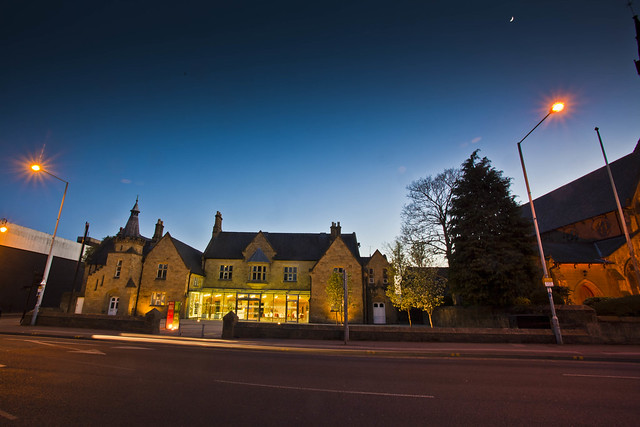